Dear Cafe Mom “The Stir”, this week you featured an eye popping article “What Men Really Think Of Pregnant Women’s Bodies” promising a no-holds barred look at what guys “really” think… and telling women.. “seriously be warned you might get angry”… You then had a smattering of “men’s opinions” with big bold anonymous quotes like “it hurts to look” at her… or pregnancy is OK if she doesn’t become an “amorphous blob”.. or one who called pregnancy a turn off and said “since she’s already seeded up, you’re better off looking for sex elsewhere” or the one who said it’s disgusting “like taking a Porsche, destroying it with an axe, and exchanging it with a Dodge”. Only a couple of your so-called “real men” had truly positive things to say. And here’s where I call total BS. While it might be a fun read… I think it is entirely inaccurate…

no posts for dock work?

i’m a “longshoreman I” at this point in my life, and don’t see that changing any time soon…so, now there’s a post for “dock work”

I began this writing endeavor with a series of 9 posts on Facebook.  I’d like to share them again here over the next week or so, adding a few thoughts which have occurred as a result of feedback received.

Who Would Choose It?

When I made this first post a little over a week ago, it was my first public hint at an explanation to my friends for my absence from social media and life in general over the past several years… I was testing the waters to see what kind of response there would be, so I kept this initial post short and sweet.  I also knew the series would have 9 posts in all… I expected to tailor the remaining posts according to any comments made in response. (Phys.org)—An international team of researchers has developed a drug delivery technique that utilizes graphene strips as “flying carpets” to deliver two anticancer drugs sequentially to cancer cells, with each drug targeting the distinct part of the cell where it will be most effective. The technique was found to perform better than either drug in isolation when tested in a mouse model targeting a human lung cancer tumor.

nickel is another important metal

Former Xstrata PLC chief executive officer Mick Davis is considering a bid for the nickel business of Vale SA, the world’s top producer of the metal, according to people with knowledge of the situation.

The next China? Indonesia emerging as a new Asian powerhouse

Indonesia is experiencing a burst of unprecedented economic and political optimism. The world’s fourth most populous country, with some 250 million people, is emerging as a powerhouse of Southeast Asia, at the dawn of an awakening that many compare to pre-boom China three decades ago.

Indonesian President Joko Widodo speaks to the media with his cabinet members at Merdeka Palace in Jakarta. Associated Press

Copper: The bottom seems to have confirmed for now

can you add to the list? at some point i’m going back home…

i vlog more than i blog…

I would love to post vlogs here but apparently that’s not a option…so here are some work pics. 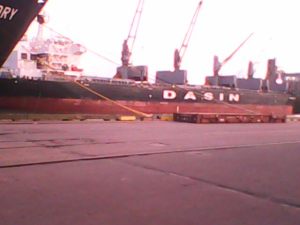 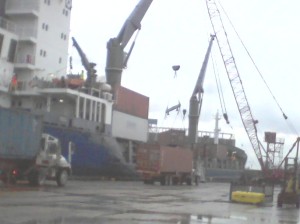 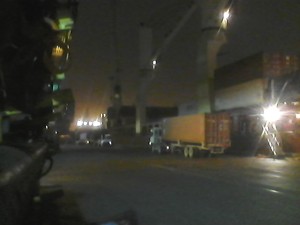 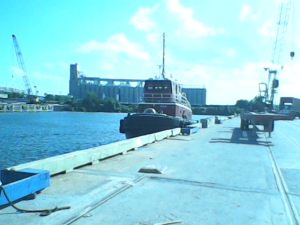 so, there you go…I work the docks, loading and unloading ships